Since 2008, the DHS has permitted F-1 students whose study was in a STEM field and whose employer is an E-verify participant to have an additional 17-month period of Optional Practical Training (OPT). On August 12, 2015 the U.S. District Court of Columbia ruled that DHS did not follow the correct procedures when they created the STEM OPT regulation extension.

The judge was in agreement with a tech worker’s union that there should have been a notice for the extension regulation and comment period as required by the Administrative Procedure Act (APA) prior to the extension regulation taking immediate effect. The judge ruled that effective February 12, 2016, certain F-1 students will not be allowed longer than the standard period of work authorization after they complete their degree.

The judge stayed the order for 6 moths because she recognized the serious disruption that would result from the immediate implementation of her finding during which time DHS can comply with the notice and comment requirements of the APA. Litigation surrounds this regulation and HBM Law Offices will be following this development closely. 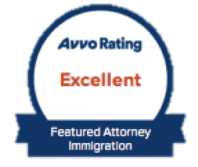